J. B. Harter Foundation: Impacting the Arts Since 2002

The John Burton Harter Foundation empowers awareness of the visual and queer arts and deepens understanding of Harter’s contributions to them.

JBHF makes possible nonprofit projects and initiatives that increase the visibility of Harter’s art and enhances the impact of arts organizations on audiences and in communities.

To that end, JBHF has sponsored exhibitions, catalogues, publications, and initiatives through funding or gifts of original Harter works since its founding in 2002.

Organizations, institutions, and activities that have received support include:

Check out our projects for the latest news, events, and activities. 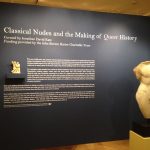